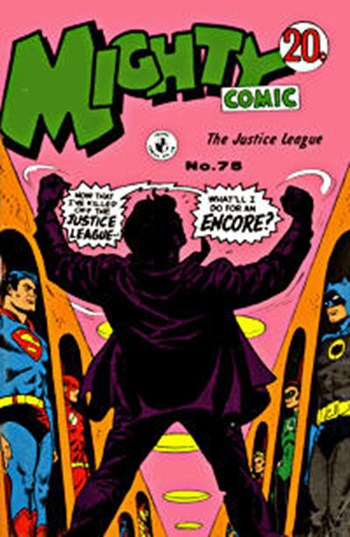 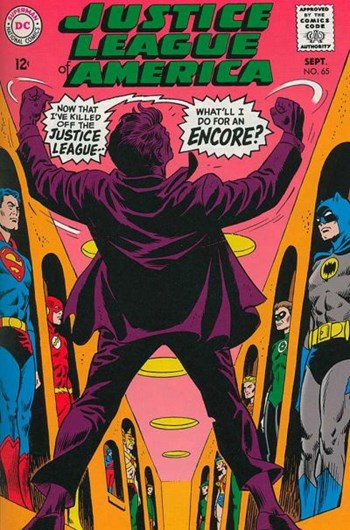 "Now that I've killed off the Justice League... What'll I do for an encore?" 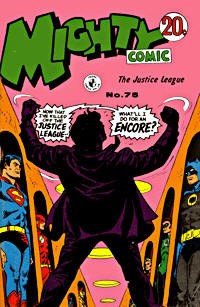 T. O. Morrow has defeated the JSA on Earth-2 as part of his overall plan. Now he tries to defeat the Justice League in order to stop his latest scheme, which involves his supercomputer stopping all of time itself, which would be fatal to all, since Morrow didn't want that to happen. The revived JLA and JSA teams then defeat Morrow's supercomputer's plot,and Morrow is later jailed.

3 You Be the Detective Comic story, 2 pages

"At the country estate of millionaire Perry Cameron, where detective Brown has come to investigate a robbery..."

"I can't get a man to translate the hieroglyphics inside this tomb..."

6 The Dove Is a Very Gentle Bird (The Hawk and the Dove) Comic story, 23 pages

Feature
The Hawk and the Dove
Genre
Humour

The Drop-Outs, a gang of thieves, run rampant in the college town of Elmond and Hawk and Dove are unable to capture them due to their constant bickering.