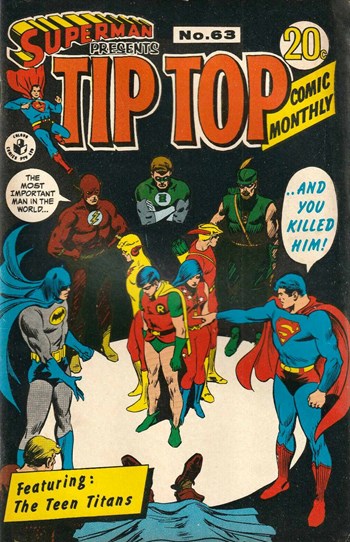 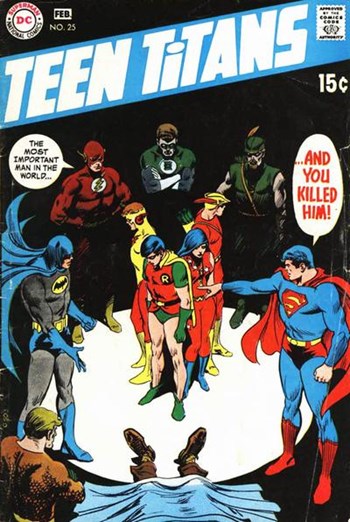 "The most important man in the world…" 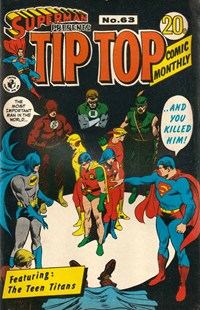 Robin takes a leave of absence, while Hawk, Dove and Lilith join the Titans. When a riot erupts at a peace conference, the Titans try to quell the mob but Dr. Swenson, winner of a Nobel Peace Prize, is shot and killed. The Justice League of America confront the Titans, and the Titans decide to join Mr. Jupiter's program and forsake their super powers.

Robin takes a leave of absence. Hawk, Dove, and Lilith join the Titans. 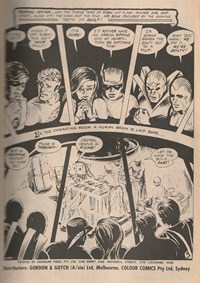 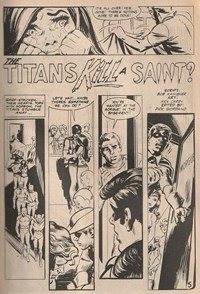 Dr. Malevolo's time machine brings cavemen and dinosaurs into the present to carry out his evil plans and sends Hawkman back to prehistoric times. 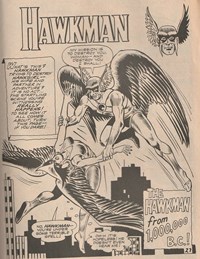 "Today we'll test the maneuverability of this missile!"

The Herbert brothers have absorbed radiation from a meteorite and become scientific geniuses, so the Army puts them to work solving problems and inventing until they vanish.

One of the Herbert brothers is named Jeb. 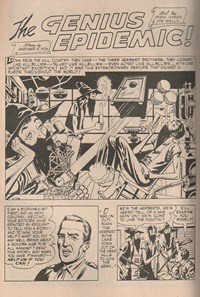 Escaped convict Joe Carver flees into a swamp where he meets a beautiful woman with a ruby necklace. He tries to steal the necklace, which leads to his death. 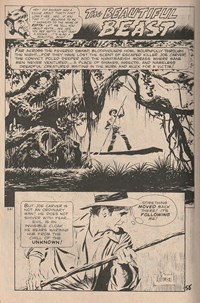 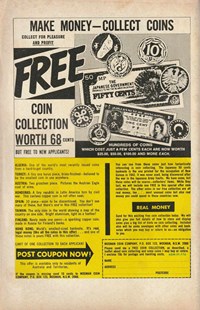