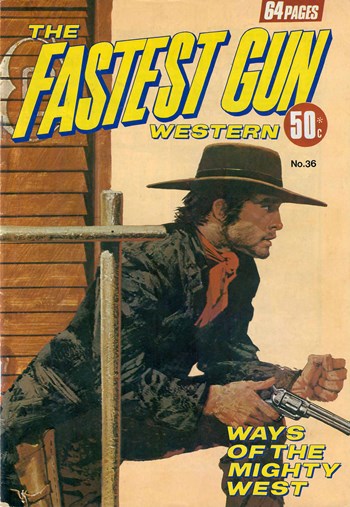 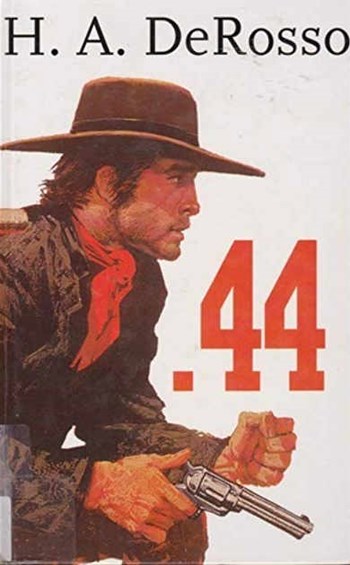 "Ways of the mighty west" 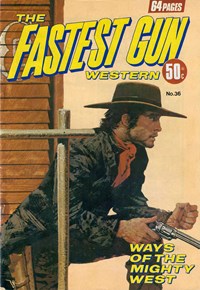 "Please, Please, Senor... A peso? My family has not eaten in days! Please?"

John Burslem hires Loco to protect his stolen jewels from the Pecos Gang, his former partners in crime. 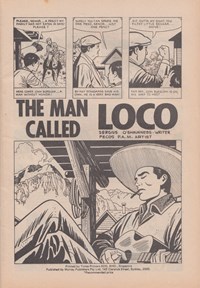 "Dear dad, so there I am, your bonny boy, Shawn, riding before the guns of the meanest men between Nova Scotia and New Orleans!"

To avoid McGinty discovering he has no Gatling gun, Shawn drives the cart over a cliff. He provokes McGinty into a dual and talks his way out of certain death by promising McGinty stolen gold. The pair head to Cairo and are caught in a storm. They seek shelter in a cabin without knowing Ben and Sharon Ames are inside. Shawn's cover is blown and McGinty takes Sharon hostage, but is beaten by the force of the tornado and Shawn. McGinty is taken into custody and Ben permits Shawn to dine with his daughter.

This story has a footnote referencing a previous episode in 'Billy the Kid'. It is missing the issue number, but the number was also missing in the original US printing. 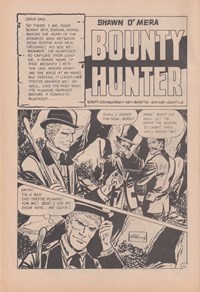 Boone is captured by the Pawnee and forced to hunt to help them survive the winter famine. He is adopted into the tribe and challenged by Tishobani to prove his manhood in combat to the death with bare hands. He wins, but Tishobani continues trying to kill Boone. As winter ends, Tishobani makes a final unlawful and unsuccessful strike at Boone. Blackfish releases Boone, who admits to staying by choice to help the tribe through the famine. 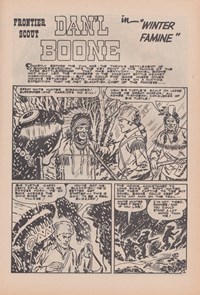 Frank and Jesse save Betty from a gang trying to steal her father's gold claim. Jesse leads Betty and her father into a trap to give Frank time to get to the Sheriff. 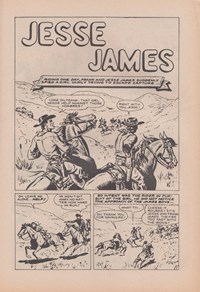 Bonney has gone too long without water and falls into the hands of Logan, who is seeking revenge. Bonney plants the idea that he has a serious contagious disease and Logan locks him up. While Logan gathers outlaws who want to see Bonney die, Pepito provides Bonney with food and helps set a trap for worst outlaws of the southwest. 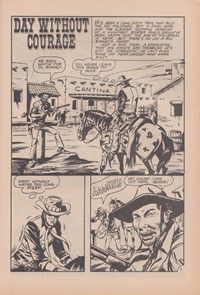 6 The Man Who Shamed the Badge (Texas Rangers in Action) Comic story, 6 pages

Tim Cordell befriends two outlaws and becomes indebted to them while gambling. They begin to blackmail him, but he is using the situation to get evidence to finally get them imprisoned. 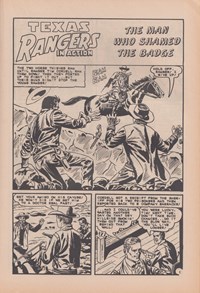 Geronimo drops out of school and joins the cavalry. He matures and his sergeant urges him to complete school. He arrives home to discover his home looted and most of his family dead. The Sheriff has caught all but one of the outlaws—the one Geronimo's dying father said 'had no eyebrow'. With just a special deputy badge from the sheriff, he begins searching. When he protects a serving girl, she gives him a nickname that sticks—Geronimo. 'No eyebrow' rides out of town. 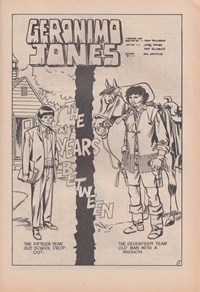 Searching for Curt Oldenham, Bonney is captured by the Black Widow and thrown into her gold mine to slave until he dies. Bonney finds Curt there, starts a revolt and leads the other slaves to dynamite the mine. The Black Widow dies in the explosions trying to preserve access to her gold. 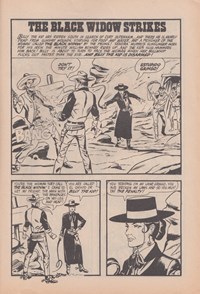 "Super Western Album. Round up the whole collection" 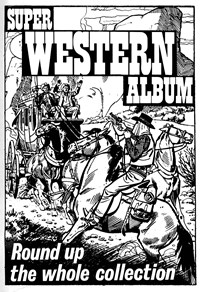 Unusually, stories in this issue are individually numbered, restarting at each new story (complete numbering 1-68 is standard).