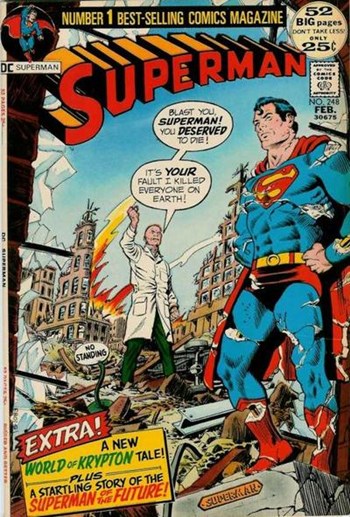 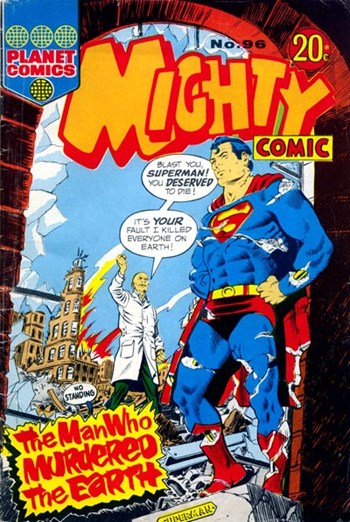 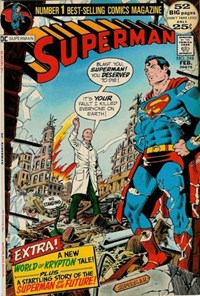 1 The Man Who Murdered the Earth! (Superman) Comic story, 18 pages

2 All in the Mind! (The Fabulous World of Krypton) Comic story, 8 pages

Kryptonian archaeologists uncover a globe which contains the story of the war between Erkol and Xan. After Xan detonated a bomb, hostilities ceased, but all babies conceived on that day in Erkol were born without thumbs but with enlarged heads. Years later, these children, who had been exiled, discovered that they had also been born with telekinesis. When the children learned that war had resumed and that Erkol was threatened by a doomsday weapon, they attempted to return home to stop the device, but Erkol was destroyed. So the children returned to their city, which they named Kryptonopolis.