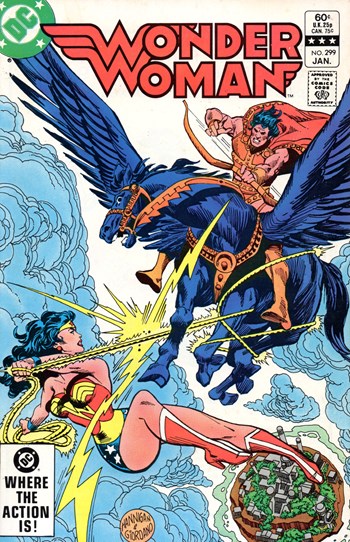 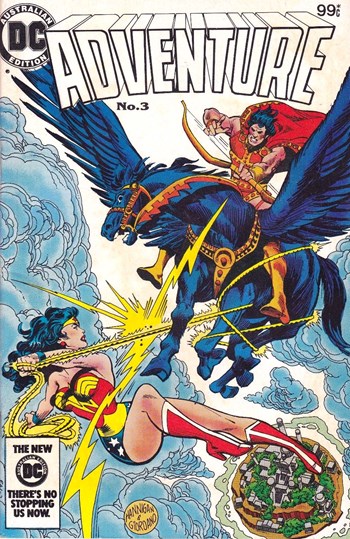 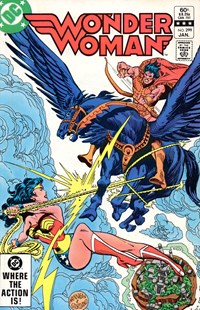 Steve and Wonder Woman confront Aegeus in the skies above Paradise Island, as Sofia the terrorist has a change of heart.

For the first time, Wonder Woman is noted as being faster than Hermes, the Greek god, as opposed to Mercury, the Roman god, who has bestowed her with swiftness since the Golden Age. Men may not set foot on Paradise Island, but it's fine for them to do so on nearby Science Island. Queen Hippolyta demonstrates considerable strength in catching Steve Trevor, flung from the back of Pegasus in the skies above Paradise Island. Paula, chief Amazon scientist, notes the Amazons, as a point of honor, have no long-range weapons. Steve muses he's been flying since age 14.

The Huntress breaks up the Boa mob, and has renewed faith in her activities.