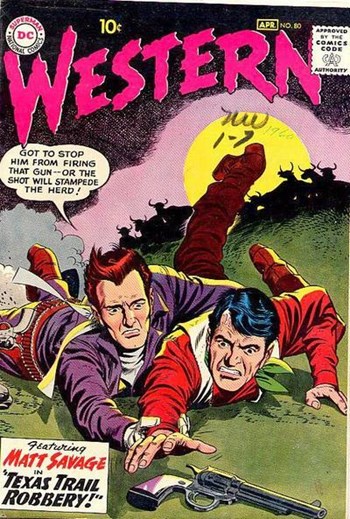 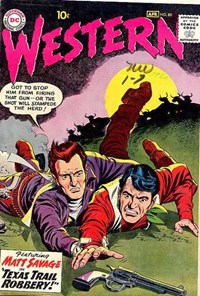 After a skirmish at a watering hole, it's a race between the Matt Savage's group the Dogiron Riders and the Walking Box outfit to get to where the good grass is. One night Jim Dexter shows up for some poker, but a sudden rainstorm breaks up the game. The next day Dexter shows up with the Sheriff, claiming he was robbed after leaving the game. A search finds the money in Savage's bag and he is taken to jail to stand trial. During the trial, Savage realizes that the money doesn't show any water damage, so it can't be the same money, and Dexter actually has the real winnings on his person. Dexter had been paid $100 to frame Savage by Greg Parker of the Walking Box group. But the Walking Box group has gotten theirs, having been put under quarantine with a case of "Texas Fever."

Orphan Duane Jeffries was raised by the townspeople of Elkhorn. Now that he is sixteen, they want to know what he's going to do with his life, and everyone has an idea of what he should do. Confused, Duane takes a walk and walks into a gunfight between Pow-Wow and some gunmen. Pow-Wow uses the distraction to get the upper hand, and with Duane's help, captures the gunmen. Duane decides he wants to be a lawman, and Pow-Wow agrees to train him. Some time later, Pow-Wow is surprised to hear that Duane has taken the job as lawman of Copper Creek, and was shot up on his first day. So Pow-Wow heads for Copper Creek. Duane explains that he wanted to surprise Pow-Wow, but in his first gunfight, he faced a guy faster than greased lightning and warns Smith to be wary. Pow-Wow calls out Davis, and as they're about to draw, he sees Davis look to the side, and realizes that Davis has an accomplice, Fuller, who had been posing as a traveling salesman. Outdrawing both men, Smith explains what had happened to him, and tells Jeffries he's not ready to be a sheriff, but that there's room for a deputy in Elkhorn.

Originally written as a Hopalong Cassidy story, modified and used here when that comic was cancelled.

Appears after page 6 of the Pow Wow Smith story.

Appears before page 7 of the Pow Wow Smith story.

Appears at the bottom of the last page of the Pow Wow Smith story.