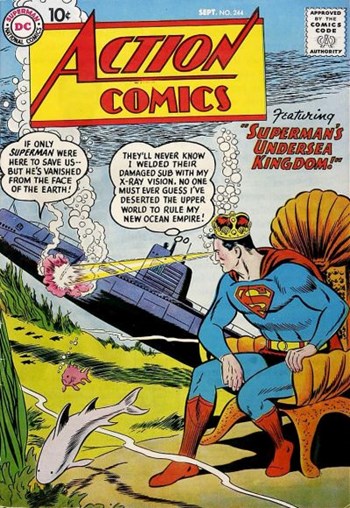 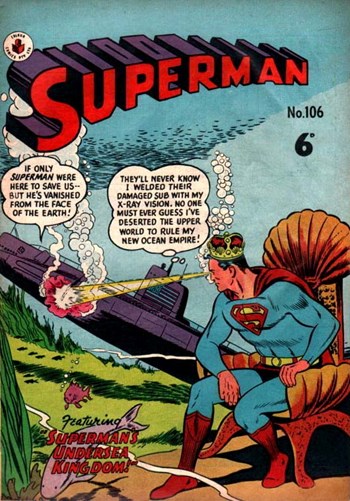 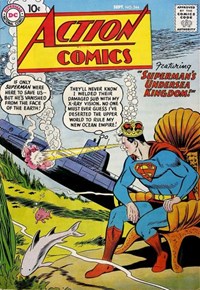 1 The Super-Merman of the Sea (Superman) Comic story, 12 pages

Superman pretends to join forces with underwater-dwelling aliens in order to trick them into believing Earth's seas are too salty for them.

inks previously credited to Stan Kaye, but most likely not him. Probably John Giunta? Credits changed 12/06 by Bob Hughes, per Christopher Melchert. Carl Gafford suggests, via the GCD Error Tracker (Error 3693, 17 April 2010) that John Forte may be the inker, however, Bob Hughes points out (15 February 2011) that Forte didn't start inking Swan until 1960.

3 The Riddle of the Roc (Congo Bill) Comic story, 6 pages