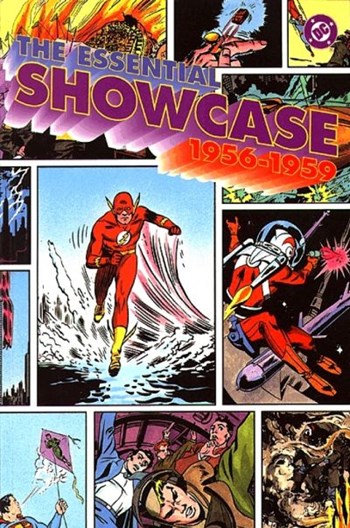 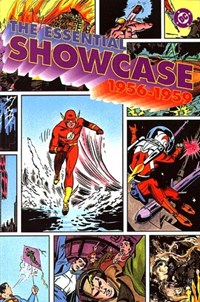 First appearance of Barry Allen as the Flash.

23 The Secret of the Sorcerer's Box (Challengers of Unknown) Comic story, 24 pages

When four men walk away from a plane crash unharmed, they decide they are now living on borrowed time and vow to use that time challenging the unknown. In their first official case, they are asked by the sorcerer Morelian to open the four chambers of an ancient box. The Challs open the first three chambers, releasing a stone giant created and destroyed by pure thought, a sentient sun that freezes by consuming all nearby heat which Red traps in a vaccuum chamber, and a device that covers things in ribbons of plastic, but which can be controlled by the dial on its container. Before the Challs can open the fourth chamber, Morelian opens it and removes a diamond ring. He points out an inscription on the box which claims the box contains immortality, and takes off with his prize. But Morelian's plane immediately stalls and crashes. The Challs decide that immortality was contained in the box itself, not its contents.

1) Credits updated 10/06 by Bob Hughes. Previously inker listed as Marvin Stein. Per Stein's conversations with Greg Theakston, he did not ink any Challengers stories. 2) An epilogue occurs in Secret Origins 12 (1987), when the Challengers are reunited with the box to solve its final mystery. 3) Letters credit from Rodrigo Baeza via the editor e-mail list on March 5, 2007. 4) Learn more about the Challengers at www.challengersoftheunknown.com.

25 The Girl in Superman's Past (Lois Lane) Comic story, 8 pages

Superman hopes that Lois' constant snooping to find his identity will provide evidence to convince "Con" Conners that he is wrong in believing that Clark Kent is Superman.

29 The Day the Earth Blew Up (Challengers of Unknown) Comic story, 24 pages

At the Pentagon, Navy officers and scientists are stumped. Two scientists mysteriously disappeared in Antarctica. They call in "men capable of handling the unknown". Ace takes the call. He, Rocky, and Red fly. They'll pick up Prof along the way. Off New Guinea, Prof is astounded to find a volcano rising from the sea bed. In the Antarctic, the Challengers snow-tractor toward the mystery spot. The tractor bogs in a snowstorm and needs repairs. Ace and Rocky explore and fall through thin ice! They land on a futuristic bridge. Above, Prof and Red are captured by skinny orange aliens in bubble-suits.

Mr. Element and his henchmen shoot Flash into space in an attempt to get rid of him.

35 The Planet and the Pendulum (Adam Strange) Comic story, 10 pages

logo is Adventures on Other Worlds