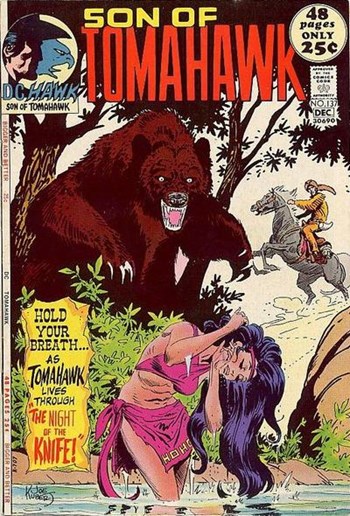 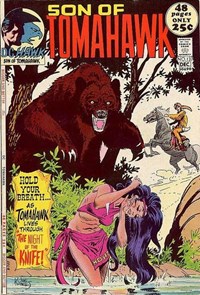 2 The Sun-Dance of the Crow Indians Comic story, 3 pages

3 The Brave Who Beat the Sioux Comic story, 4 pages

6 The Battle in the Sky (Strong Bow) Comic story, 6 pages

Information for this sequence from Mike Catron, 5/11/2007. This page looks like it was not inked, and shot from pencils only. Shows selected results of the 1970 Shazam Awards, sponsored by the Academy of Comic Book Arts. Page features reproductions of the covers of Green Lantern #86 and Green Lantern #76, and portraits by Neal Adams of Denny O'Neil, Neal Adams, Dick Giordano, Bob Oksner, Henry Scarpelli, and Jack Adler. This page is also known to have appeared in Flash #210, Green Lantern #86, Our Army at War #238, Tomahawk #137, Our Fighting Forces #134 and possibly other October-November, November, and November-December, 1971 DC Comics titles.