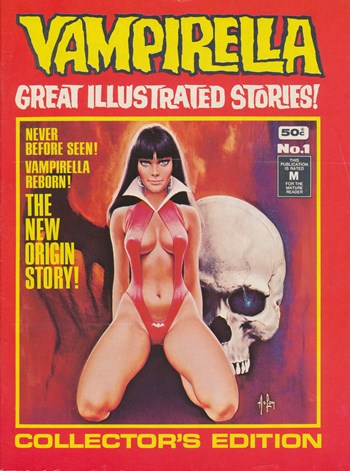 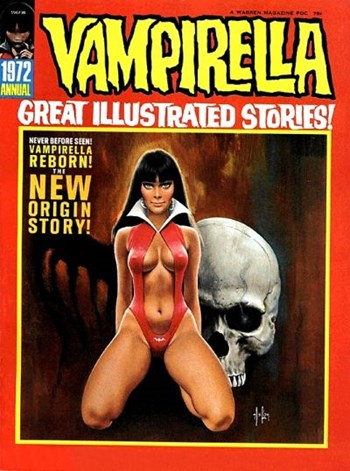 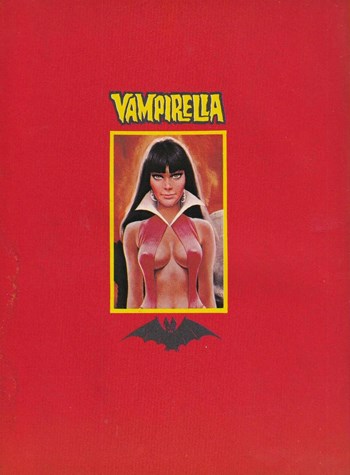 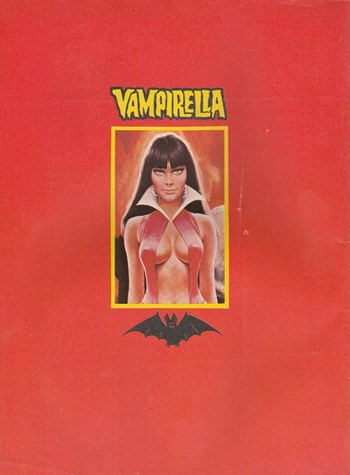 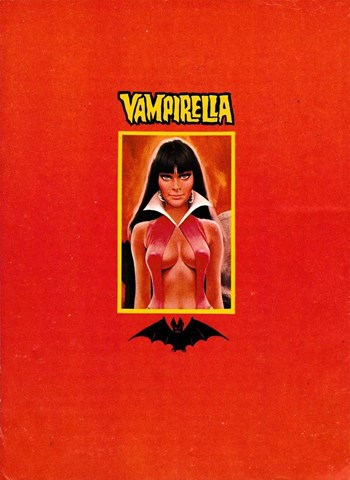 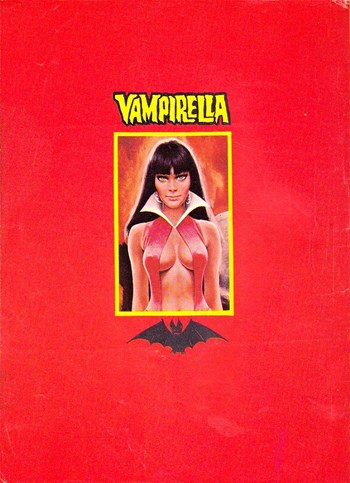 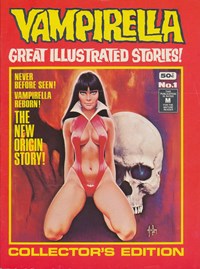 This page is an Australian composition. The Frazetta image on the left was used several times in Vampirella promotions, possibly first in "Vampirella Is Here" in Creepy (Warren, 1964 Series) #29 (September 1969). The image on the bottom right is composed of two originally separate images: on the left is a Frazetta drawing from the introduction to the "Witch Trilogy" in Vampirella (Warren, 1969 series) #7 (September 1970), which was also used in early back issue advertisements; on the right is Gonzalez's splash panel from "The Origin of Vampirella", in Vampirella Annual (Warren, 1972 series) #1 (1972). The origin of the text is unknown and might have been created by KG Murray. Parts of it are used on KG Murray's regular Vampirella advertisements in Creepy and Eerie.

9 A House is Not a Home Comic story, 6 pages