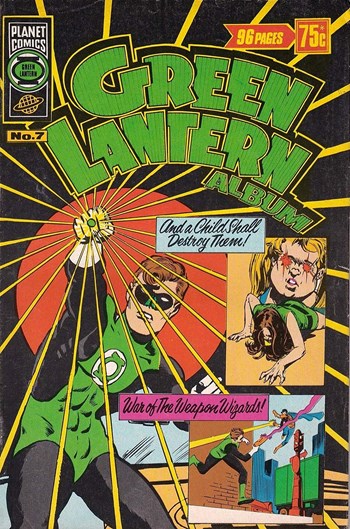 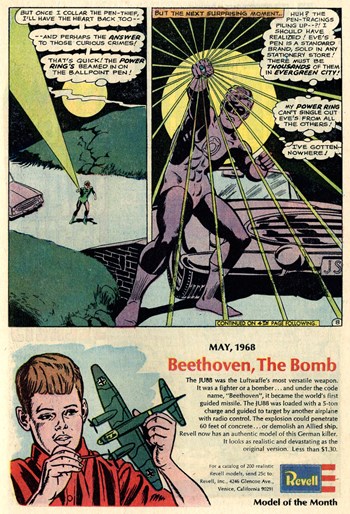 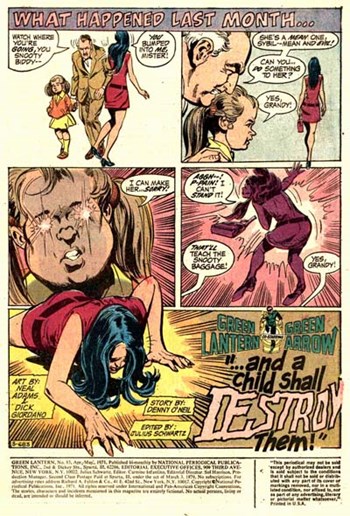 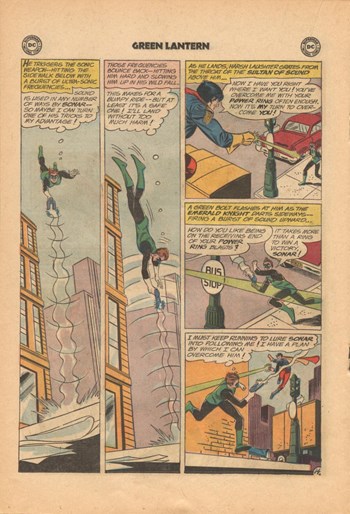 "And a Child Shall Destroy Them! War of the Weapon Wizards!"

This cover is a new Australian composition based on three images from Green Lantern stories. 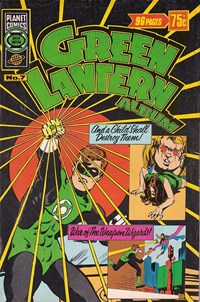 "Look for these exciting Planet Comics at any newsagent or bookstall" 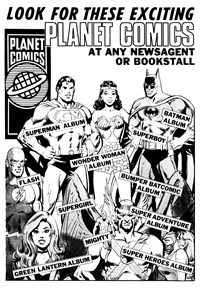 2 …And a Child Shall Destroy Them! (Green Lantern) Comic story, 22 pages

When Green Lantern and Green Arrow accompany Dinah as she begins a job at a private school, they are greeted by the cook Grandy, a little girl with psychic powers named Sybil, and the owner Jason Belmore. After Belmore asks the costumed heroes to leave, they come across Carol Ferris in a wheelchair. Carol, who doesn't realize that her paralysis came about because of an earlier encounter with Grandy and Sybil, tells GL that she is engaged to Jason Belmore and concerned about him, as he seems to be in constant terror. Meanwhile, back at the school, Dinah is confronted by Grandy, who explains that in Sybil he finally found a way to keep the children of the school in order. Green Lantern and Green Arrow return to the school in time to save Dinah, and when Grandy orders Sybil to attack GL, she refuses and brings down the roof on herself and Grandy. Afterwards, Green Lantern reveals his double identity to Carol and the two renew their romance. 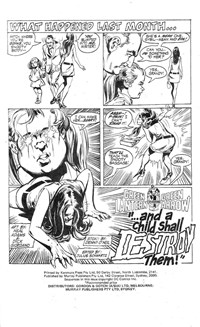 "From the Golden Age of Comics, We proudly present..." 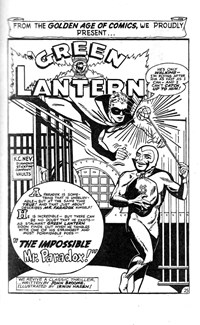 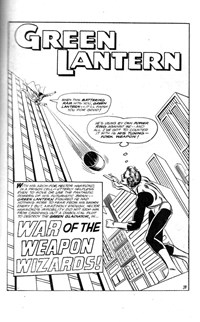 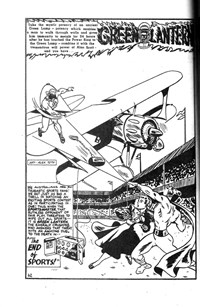 6 ...And Through Him Save a World (Green Lantern and Green Arrow) Comic story, 25 pages 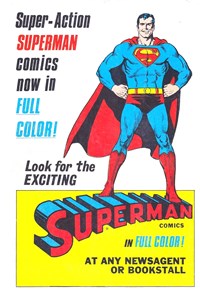