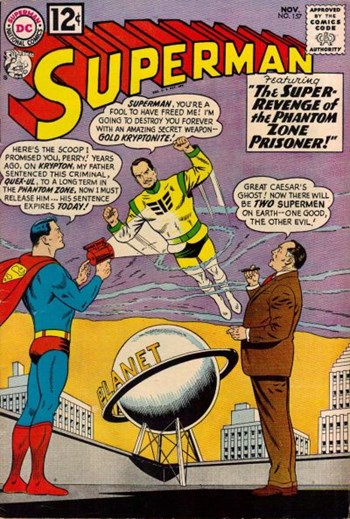 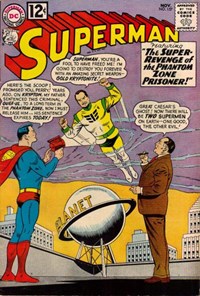 Quex-Ul's next appearance is in The Phantom Zone #1. Gold Kryptonite's first appearance, in an imaginary story, was in Adventure Comics #299. This story establishes that 18 Kryptonian sun-cycles is about 25 Earth years.

"When you finish work, come over to my place, Ollie."