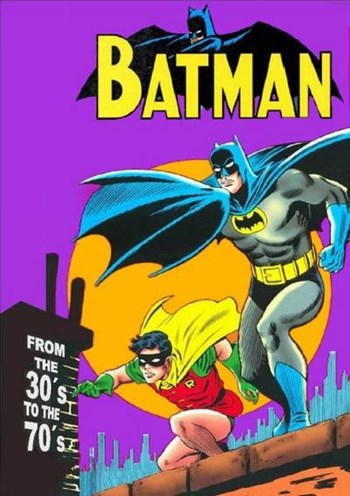 "Best Bat-Wishes Batman and Robin" signatory words in lower right were removed for the reprinted cover and replaced with the words "From the 30's to the 70's" on the chimney. 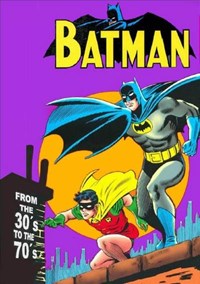 16 The Case of the Chemical Syndicate (The Bat-Man) Comic story, 6 pages

This is not an exact reprint of the story from Detective Comics 27. Instead, it is a traced, redrawn, and re-lettered copy of the original story. This copied version was first published in Detective Comics 387. One significant alteration is that the knife jutting from the back of the murder victim (on page 2, panel 2 of the original story) has been removed in this version.

17 The Legend of the Batman--Who He Is and How He Came to Be! (Batman) Comic story, 2 pages

When the reformed Harvey Dent tries to prevent a robbery, he is caught in an explosion and reverts to Two-Face. He embarks on a new crime spree, and Batman and Robin deduce that Two-Face is going after people who commonly show two faces to the world. At a ceremony making Bruce Wayne honorary chief of a local tribe, Batman and Robin are trapped by Two-Face and strapped to a giant coin. Two-Face flips the coin over a bed of spikes, and though the gimmick is rigged to land face down, the dynamic duo manages to create a magnetic field and flip the coin so that they land safely.

44 The Voyage of the First Batmarine! (Batman) Comic story, 9.67 pages

"A desperately lonely day in the life of Bruce Wayne, guardian and friend to young Dick Grayson..."

"Out of the super-star studded firmament of Gotham City, where Batman and Robin shine supreme as masked manhunters-- burst a brand new luminary-- Batgirl!"

While Barbara is on her way to a costume party dressed as Batgirl, she runs across Killer Moth attacking Bruce Wayne and joins the battle.

84 The Secret of the Waiting Graves (Batman) Comic story, 15 pages

Batman discovers the secret of Juan and Dolores Muerto and their secret of immortality.

88 Other Media in Which Batman Appeared Text article, 2 pages