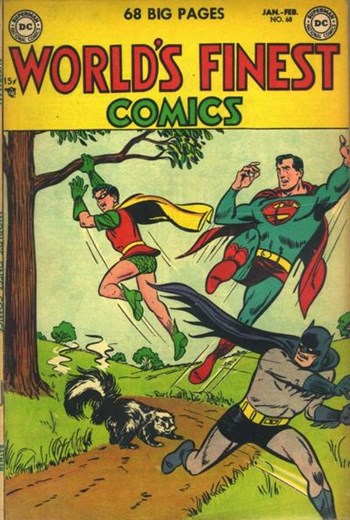 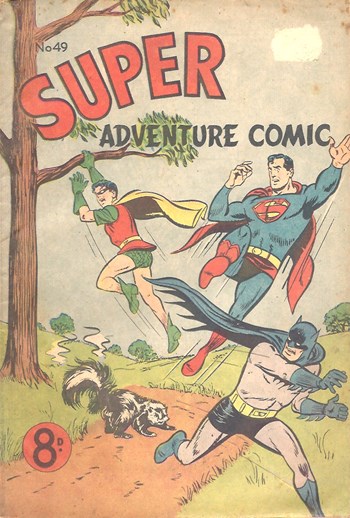 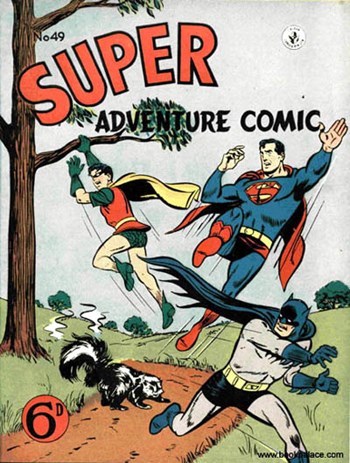 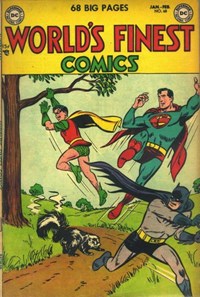 On the inside front cover.

2 The Menace from the Stars! (Superman) Comic story, 12 pages

After attempting to destroy an asteroid with traces of Kryptonite, Superman loses his memory. He changes into the clothes in the cape pocket and heads to the Daily Planet. Lois and Perry tell him he is Clark Kent and that Superman has disappeared. When Clark puts on the Superman suit to fool some bank robbers and finds that bullets bounce off him, he credits the suit. He breaks up the asteroid and then decides to reveal to the Daily Planet that though he has been acting as him, he isn't Superman. As he walks to the office, however, he is hit by a truck and remembers that he really is Superman.

"Good day, sir. Could you spare me a piece of cake?"

8 Superman Is on Television! (The Adventures of Superman) Promo (ad from the publisher), 0.33 pages

"Here is a present for you, Miss Tyson."

Originally scheduled for Danger Trail #6, which was never published. Pencils credit from Gene Reed based on copies of editorial records received from Nelson Bridwell in 1986. Records also show that the original title for this story was "Lisbon Legacy."

Includes reproduction of the cover to Superman #86.

14 The Secret Weapons of the Crimesmith! (Batman and Robin) Comic story, 12 pages