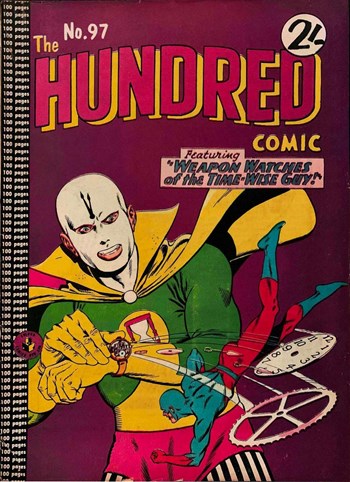 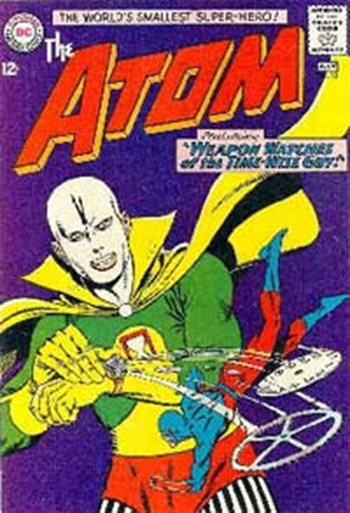 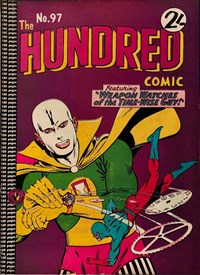 2 The Case of the Vanishing Arrows (The Green Arrow) Comic story, 7 pages

Green Arrow makes new arrows out of a green mineral that keep disappearing on him.

With Sue and the Parkers held hostage, Ralph has to steal the Banley Jewels.

5 Menace of the Man-Missile (The Flash) Comic story, 15 pages

This story was originally a Case-Book Mystery. Some art and text has been changed to convert it to a Hopalong Cassidy story, including redrawing one of the original lead characters as Hopalong.

The Challengers surround the lab of "Wizard" Welles, greatest brain of the underworld. Wizard has built an electronic brain (computer) to transfer its infinite knowledge to his own brain. Rocky drops through a skylight and gets brain-zapped instead. His cranium swells to mega-size. Rushed to the hospital, Rocky himself dictates a drug regime to repair his electrical burns. He's a genius! He tells doctors how to adjust drugs, advises Prof and Red on their gadgets and Ace on his jet, and generally becomes a super-smart snob. Wizard freezes citizens solid with red snow. Rocky concocts a gadget and super-melts it. Wizard uses a force field and bell-jar vehicle to steal chemicals. Rocky tosses radioactive dust to track it. The electronic brain, meanwhile, sits inside a force field and calculates the formula for an (unnamed) ultimate weapon. Rocky matches wits to out-think the computer, and it blows up from overload. Rocky's back to normal, as Red quips, "beautiful but dumb!"

10 The Hammer of Thor! (The Viking Prince) Comic story, 8 pages