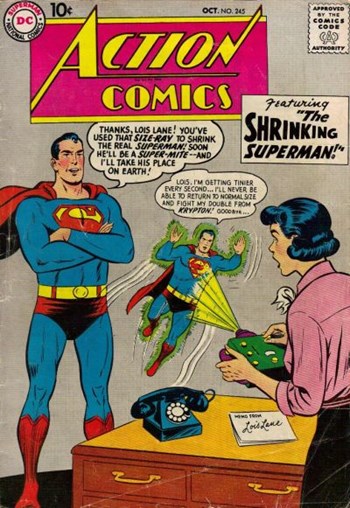 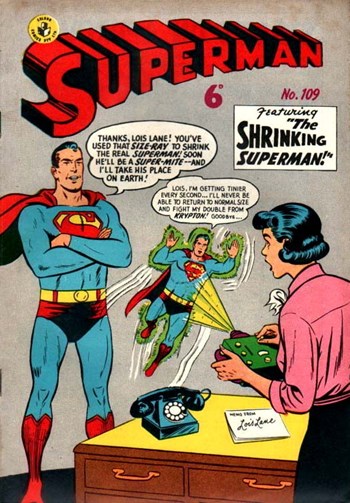 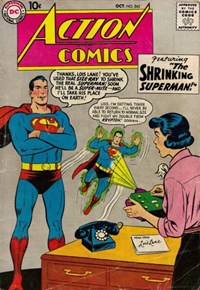 When Lois visits Superman's Fortress, she accidentally releases the criminal Zak-Kul from Kandor. The villain traps Superman in Kandor and takes over his life. Lois marries Zak-Kul thinking him Kal-El but Zak then tries to kill Lois because she keeps asking him Kal-El's secret id, which he doesn't know. Kal-El, trapped inside the "Krypton City" then uses one of the three remaining charges of the Illium-349 to shrink himself even smaller and slip between the atoms of "Krypton City"'s bell jar. Now super again, Kal El uses the second spec to enlarge both himself and the third spec. Zak-Kul meanwhile futilely attempts to hide from Superman by disgusing himself as a horn-rimmed glasses wearing mild-mannered reporter.

Showcase Presents credits this story to Otto Binder. Kandor is referred to only as "Krypton City". It is depicted as a very wide-necked bottle like the Swan drawn newspaper strip version, not the Plastino narrow-necked comic magazine version. Synopsis updated 2/09 courtesy of Ken Rowand. 2009-05-28 by Allen Ross: Writer credit from Bottle City of Kandor reprint, was "Bill Finger?"