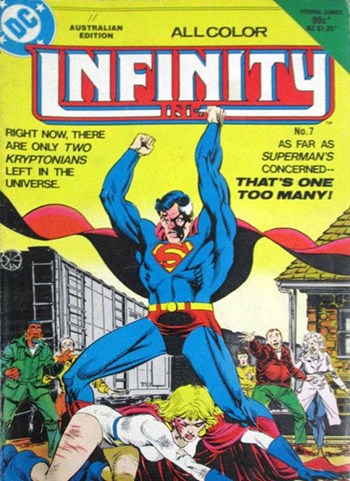 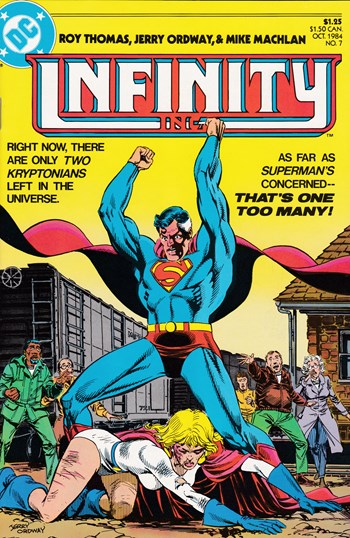 "Right now, there are only two Kryptonians left in the universe. As far a Superman's concerned--that's one to many!" 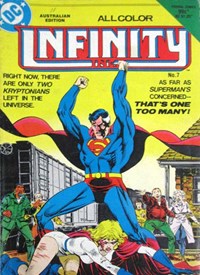 Next fight in Infinity, Inc. vs. the Stream-controlled JSAers: Superman (Earth-2) vs. his cousin Power Girl. Superman, distraught at being the sole survivor of his home world, Krypton-2, besides Power Girl, attempts to take over a city and make it a New Krypton. He nearly kills her as she attempts to stop him, but realizes what he was about to do and flies off.

Injected with a powerful hallucinogenic, the Huntress confronts her fears: the insurmountable legacy of her father and the dark side of her mother.