The Hundred Plus Comic #47 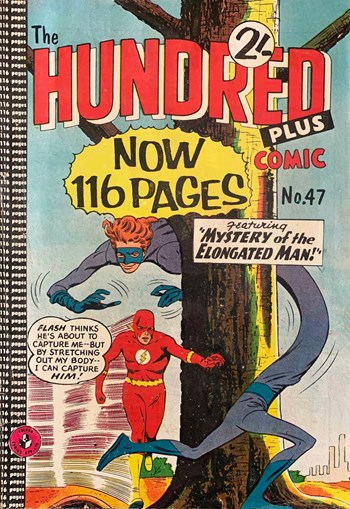 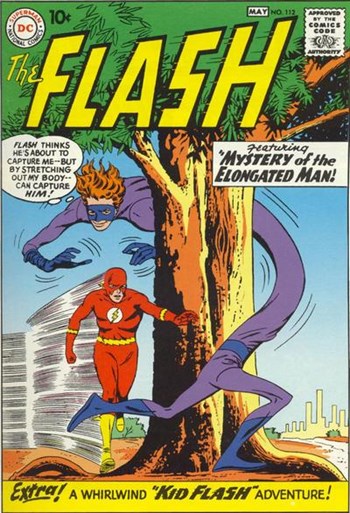 "Flash thinks he's about to capture me--but by stretching out my body--I can capture him!"

Elongated Man comes to Central City and Flash suspects him of commiting a string of robberies. 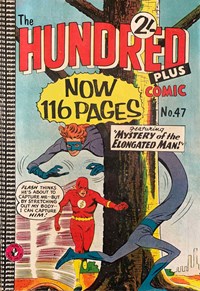 Elongated Man comes to Central City and Flash suspects him of commiting a string of robberies. 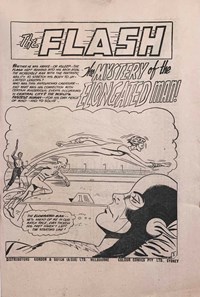 When Tomahawk and Lord Shilling are captured by Chief Blue Bear they are forced to work together to escape the Indians.

Green Arrow and Speedy must stop a gang that is using electronic bubbles to escape after robberies.

Steve Trevor watches Wonder Woman guiding a giant balloon of herself in the Tracy Day Parade. A sudden wind blows away all the giant balloons and their handlers. Wonder Woman calls her robot plane, and rescues all the people.

Wonder Woman and Steve track down the runaway balloons, just to find that they have become animated, and attack various items including trains, planes, and dams. Even the giant Wonder Woman balloon now moves and has stolen an S-bomb. Wonder Woman lassos it, and takes it to space. In space, there is a fleet of flying saucers waiting to invade Earth, but in trying to blast Wonder Woman, they crash into the giant balloon, setting of the S-bomb, destroying them.

9 When You Buy Comics Know the Score Promo (ad from the publisher), 1 page

10 The Prisoner of the Tiny Space Ball (Challengers of the Unknown) Comic story, 12 pages

A tiny rocket ship lands near Challenger Mountain. Inside Prof finds a tiny gold ball. Which is snatched by an alien spaceman, who runs for his own spaceship! Prof tackles him. X-rays show a tiny man inside. The ball pops open and the prisoner expands to normal size. He is Zanna, former ruler of the planet Ak-Sel. He was overthrown by an insurgent, Dakyah, shrunk, and exiled into space. In the would-be thief’s spaceship, the Challengers and Zanna fly to Ak-Sel. Zanna’s underground fighters hide in an extinct volcano. But Dakyah’s troops attack. Blacking out the complex, Zanna’s fighters and the Challengers fly to a floating island, one of many. Dakyah plans an attack from his palace. The Challengers counter-attack. With precision flying, they float the entire island over the palace and attack in jet-sleds! The Challengers blow up the main defenses and land. Zanna’s army overruns the palace. Victory! Where’s Dakyah? Trapped in a tiny space ball! He hoped to escape and be rescued later. The Challengers, their help greatly appreciated, will be flown back to Earth.

The Martian Manhunter uses fake Venusians to trick the Rocky Carlin Gang into revealing themselves. 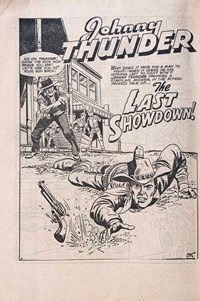