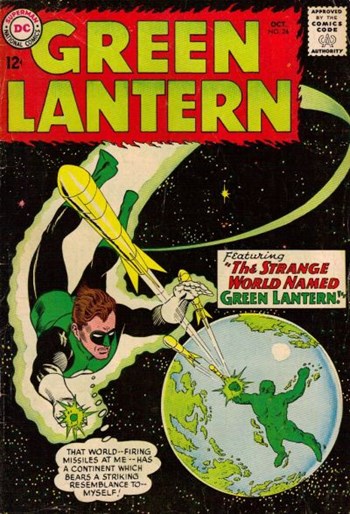 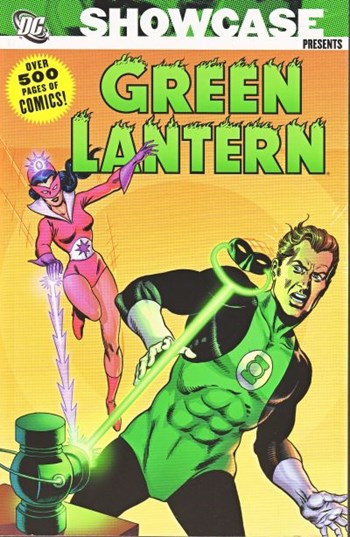 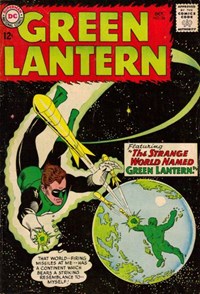 A nuclear accident causes a common shark to evolve into The Shark, who battles Green Lantern until defeated and de-evolved back into a shark.

First appearance and origin of The Shark. Synopsis and character appearances provided by Donald Dale Milne.

A sentient planet summons Green Lantern and appears to attack him while attempting to "talk" to him. Green Lantern then removes an apparently sentient fireball and places it in orbit to cure the planet of both indigestion and loneliness.

The planet "Green Lantern" has NO Green Lantern powers, it takes the name in honor of Hal Jordan. The "imitation" characters are constructed by the planet. Character appearances, synopsis and notes provided by Donald Dale Milne.

A letter from Phil Cetrone notes that the story "The Man Who Mastered Magnetism" in Green Lantern 21, was drawn by Gil Kane, and inked by Joe Giella: the editor does not refute this. A letter from Bob Beck notes that the same story was written by John Broome: the editor does not refute this either. Another letter from Jack Harris notes that he sent in the idea for the cover of that same issue, and the editor states that for providing the idea, he sent Mr. Harris the original art for the cover. Information provided by Donald Dale Milne.