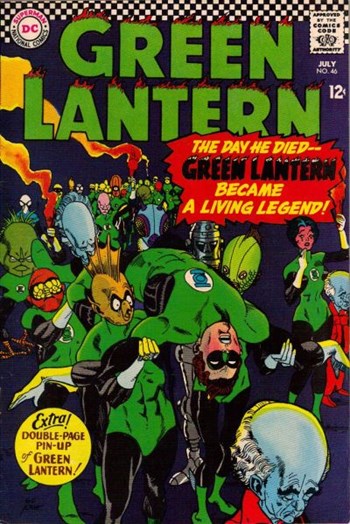 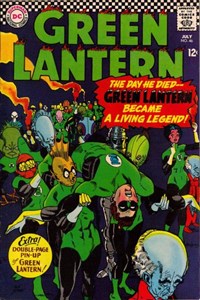 Hal Jordan foils a bank robbery by the Triple Plays, but the fourth man they added for the job, Pete Claypool, completes the robbery. Pete later inherits a fortune and becomes smitten with Carol Ferris after moving next door, where he frames Hal for the robbery in an attempt to remove his romantic competition, but Hal forces Pete to confess to the police. 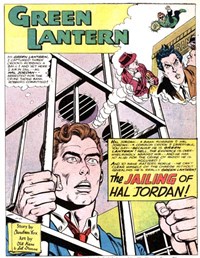 3 The End of a Gladiator! (Green Lantern) Comic story, 12 pages

The Guardians bring Hal Jordans body to Oa after he appears to be killed in a battle with Dr. Polaris, while using his rings power reserve to save Tom Kalmaku.

Story continued in Green Lantern #47. The power rings have a reserve of power that the wearer cannot usually use; this is what usually protects him from dying. The Guardians uncharacteristically cry in this story. Credits for script, pencils and inks confirmed from Julius Schwartz's editorial records, provided by DC Comics (April 2007).