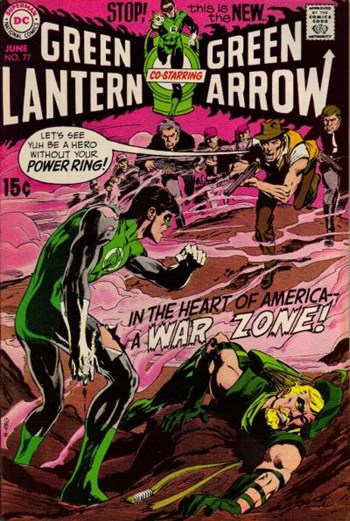 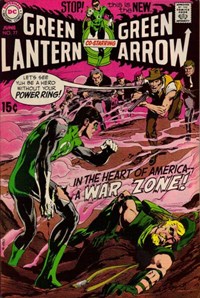 Green Lantern, Green Arrow, and the Old-Timer come across the company town of Desolation, where the boss Slapper Soames plans to execute Johnny Walden to silence the songs he sings which have inspired the people of Desolation to think about a better way of life. As Green Lantern joins the townspeople in attacking Soames' stronghold, the Guardians inform him that since he is on a leave of absence they have reduced the power of his ring. But even weakened, Green Lantern and Green Arrow are able to free Johnny and turn Soames and his men over to the authorities.

2 Unbelievable and Fantastic! (Batman; The Flash) Promo (ad from the publisher), 0.5 pages

5 No title recorded (Science Says You're Wrong If You Believe That--) Cartoon, 1 page

The on-sale date is the publication date reported in the U. S. Copyright Office filing.