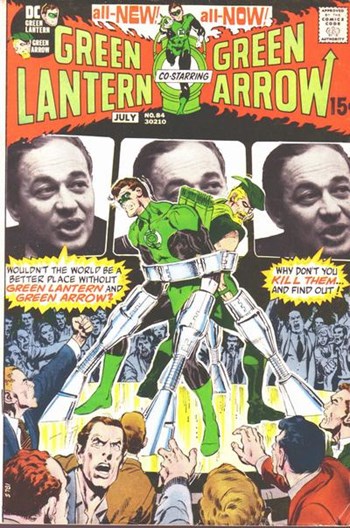 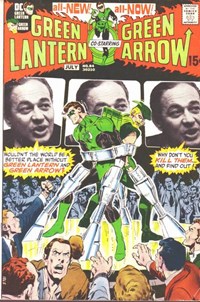 After Hal and Carol reconnect, Carol travels to see a doctor in Piper's Dell to treat her paralysis. While Carol is there, the sea wall protecting the town begins to give way, so Hal responds as Green Lantern. After saving the town, GL is given a guided tour by the mayor of the plastic factory that keeps the town running through the production of "kalutas," decorative pins that emit a special scent. Weakened by the gas emitted by the kaluta given him, GL is unable to fight back when attacked by the people of Piper's Dell, so he sends his ring to Green Arrow. When GL revives, he finds that his old enemy Black Hand is behind Piper's Dell and that he uses the kalutas to create a brainwashed and docile community under his control. Having convinced the people of Piper's Dell that Green Lantern is the enemy, he sends GL and Carol out into the streets to face their wrath. But Green Arrow arrives in time with Green Lantern's ring, and GL traps Black Hand in his own plastic. 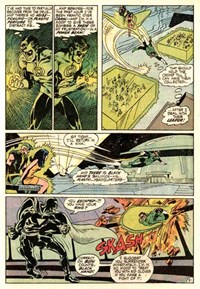