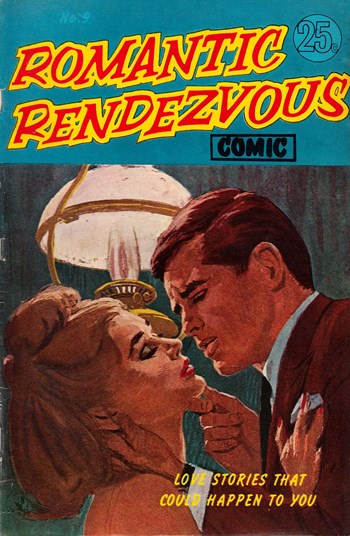 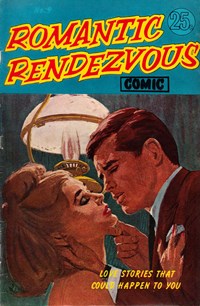 After being jilted with Phil, Fay’s friend Jean suggests a holiday together at Goldsands Camp. After initially refusing, Fay later heads off alone. She is soon charmed by camp host Mike Sanders, despite her determination to hate all men. Then she receives a letter from Jean telling how she met Mike and got on with him in a very special way. Angry at being just another holiday romance, Fay confronts Mike while rowing on the lake. She upends the boat and, before saving her, Mike admits that his love is for real this time and forces Fay to admit she loves him. 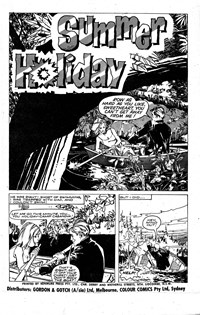 2 The One Who Really Loves You Comic story, 6 pages

As they take off from Gander Canada, Stewardess Jane complains to the Captain that she never gets time with Charlie because of competing schedules. When Charlie's about to say he loves Jane, they run out of time or Liz intervenes. Now Charlie has resigned to start a flying school in Canada, Jane had to catch her flight and Liz left again with Charlie. The Captain announces engine trouble and returns to Gander to give Jane her chance. 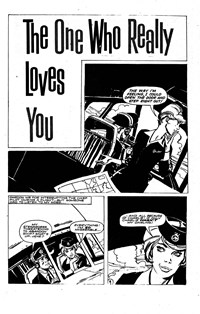 While Rita’s surprised to hear a radio love song request to her from Donald Curtis, her boyfriend Roger is furious and dumps her. It doesn’t help that Rita doesn’t know any Donald. But when shy acquaintance Don offers her a lift, she realizes he’s Donald Curtis. He’s mortified about what he’s caused and urges Roger to take Rita back. But Rita is actually relieved that the relationship has ended and, when Don arrives back with a black eye, she invites him in to become her new Valentine. 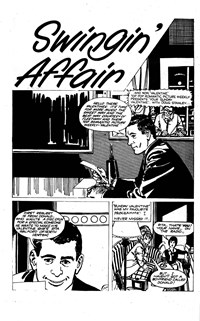 Jack always knew he would be a big theatre manager, with Maggie as his great star. But when he asks her to join him, Maggie’s to be a mermaid in a funfair. Jack has abandoned his dream, but Maggie hasn’t and urges famous impresario Marcus Longdale to meet Jack. Surprisingly, he turns up and is impressed by Maggie, but has no interest in Jack. While this could fulfill her dreams, Maggie won’t leave Jack. 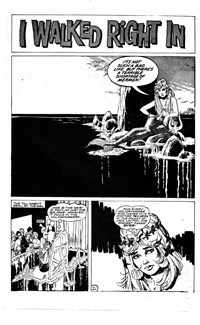 Ann dreams of being the famous and beautiful actress Miss Ann Lemont, dating Mark the most handsome man in the world. The reality is less romantic, with a mundane life with Bill Smith. But he loves her, and Bill's arms Ann is the richest, most beautiful girl in the world. 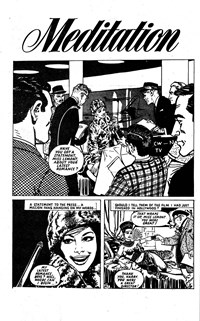 6 Please Come Back to Me Comic story, 6 pages

Each autumn, Hugh arrives to do maintenance jobs for Mrs Bennet, who has lived with her daughter in an isolated house since Mr Bennet died. Initially Mary was a child, but she’s grown and last year was different. She shared a kiss with Hugh and dreamed of moving away. This year, Hugh doesn’t come and sends a note to say his wandering life is not for Mary. In a fit of anger, intending to burn the letter, Mary knocks over a lamp and sets fire to the house. But Mary’s mother is not upset; she knows it is time to move on. 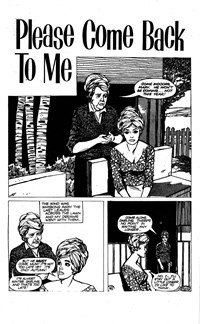 Ann is angry at Peter for being too kind to everyone. It’s too much when he abandons Anne to take the new girl in the office to lunch to help her settle in. Ann’s ready to let Peter know what she thinks, but gets laryngitis and needs to prepare in writing what she will say. When Peter arrives, he takes charge and says he wants to take care of her for the rest of her life. Ann just writes “yes”.

This story is probably from Valentine. The back of a bus on page two of the story has an advertisement including "Car ??? Boix". The art does not seem to suggest Joan Boix Solà-Segalés, but the words might be in honour of Guillermo Sánchez Boix (Boixcar), who died in 1960. 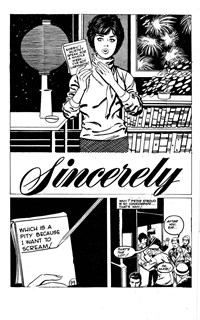 Elena is the perfect secretary for John, so she’s shocked to find a memo transferring her to solve a difficulty for John. It doesn’t that the position is presented as a promotion. She’s so upset her work suffers. Now he has reason to get rid of her. But John’s fallen for her and believes boss shouldn’t be in love with his secretary. 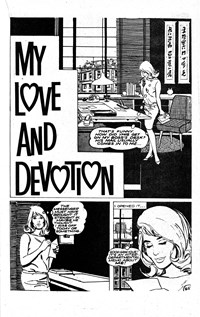 Liz accuses her boyfriend of double-crossing her, but it is just his cousin from the country. 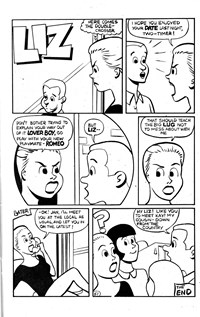 10 Been Invited to a Party Comic story, 6 pages

Pam is casually dating Jack and Danny. She never expects them to meet, so is shocked with she invites Jack to Wendy’s party and finds Danny has also been invited. She fakes a headache and skips the party, even when Wendy’s nice brother Paul calls personally for her. But as she envisages Jack and Danny fighting over her, she phones Wendy to find Jack and Danny have happily hooked up with other girls. Time to get dressed for the party! 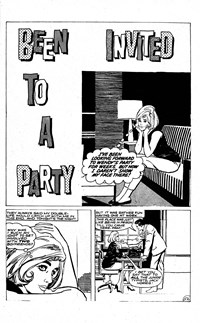 Jean regularly turns up at Gran’s because she has an uncanny knack of reading the future in her cards. Cynical Bill Hodges is always there, but just wants to pay a game of cards. Gran’s predicts Jean’s meeting with Hugo, but Jean is uncertain when he wants to marry and move overseas. She doesn’t want to leave Gran and Bill. Is the wedding Gran sees really with Hugo? 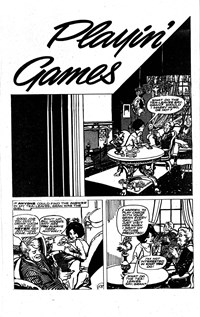 Penny wants to meet a man she passes every morning on the way to work and follows the advice column suggestion that she just say “good morning’. But she’s struck dumb when the time comes. So she practices and says good morning to Kenny. To Penny’s frustration, he responds just how she imagines the other man should and invites her to his birthday party. Penny reluctantly attends and by coincidence meets John, the man to whom she really wants to say “good morning”.

Ths story begins with a reference to the Dear Stevie advice column "in 'Valentine' the other day'. 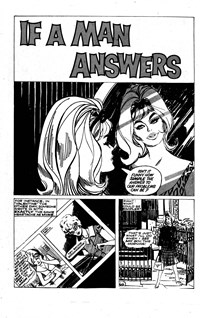 Sue is in the park reading a book on how to catch a man. But she reflects on each chapter about how she’s unsuccessfully tried being fun, tried being interested in them and tried being mysterious. The advice is useless and she throws the book away, hitting the young man on the next park bench. The book is finally useful in helping her find a man. 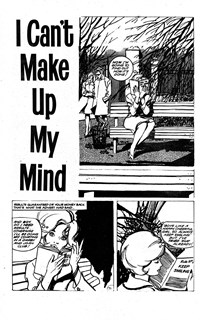 "I believe you won the cup almost on your own - how wonderfull. [sic]"

Sue dumps the bore at the party, but he's interesting to everyone else. 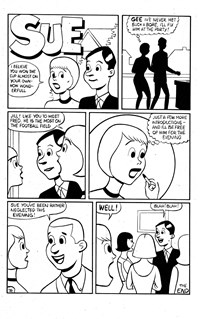 Neighbours Bob and Peg love each other, but their fathers are feuding about who grows the best flowers and won’t let them see each other. When Peg’s father sets her up with Percy Lington, she rebels and plots to elope with Bob. In the end they can’t do it, but decide to confront their fathers at the flower show. They find their fathers have forgotten all enmity as Percy has won every prize. While pretending interest in Peg, he has picked her father’s brains. 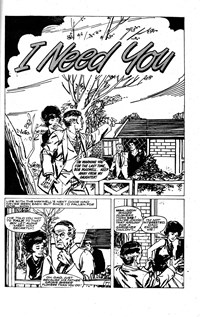