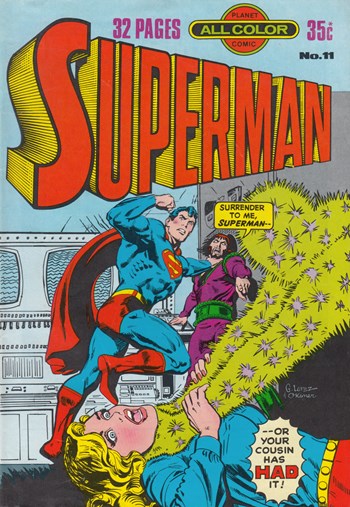 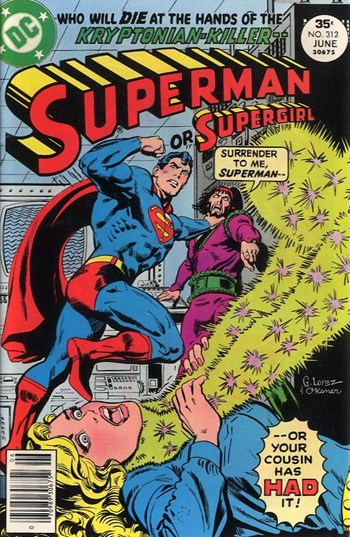 ""Surrender to me, Superman--or your cousin has had it!"" 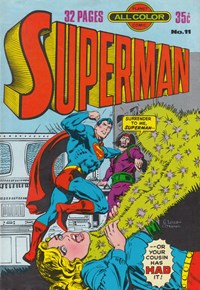 "This is Lola Barnett, our snoop-about-town, giving you the latest hijinks and lowdown about metropolis!"

World Series Cricket was a break-away professional cricket competition staged 1977 to 1979, organised by Kerry Packer for broadcast on his Nine Network. Packer's Australian Consolidated Press Ltd were the publishers of Murray comics at this time, having acquired The K. G Murray Publishing Company on 30 June 1973 and renamed it Murray Publishers in late 1976. 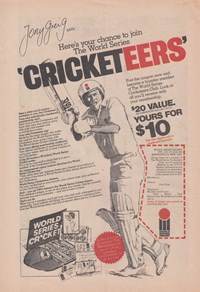 5 All Color Batman [Black and white] (Batman and Robin) Promo (ad from the publisher), 1 page

"The world's most famous crime-fighting team. Batman and Robin--Now in full color! All Color Batman."

This advertisement includes art by Jim Aparo (The Brave and the Bold 119); and Dick Giordano (Batman 263). The small figure at the top is from the masthead of most issues of the US World's Finest series between December 1968 and October-November 1970 (artist unknown). 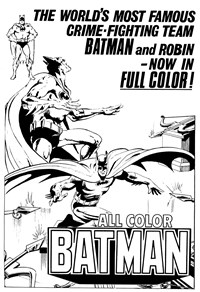