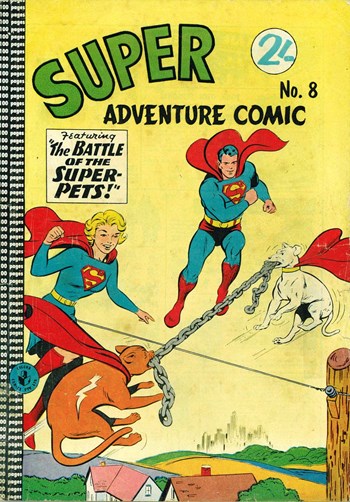 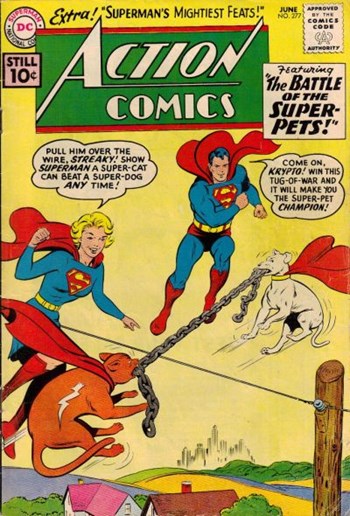 Cover The Battle of the Super-Pets! (Supergirl) Cover, 1 page

"Featuring "The Battle of the Super-Pets" 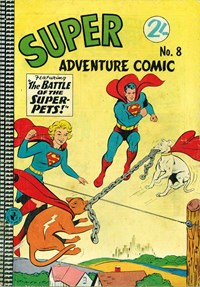 1 The Battle of the Super-Pets! (Supergirl) Comic story, 12 pages

Supergirl and Brainiac 5 join the Legion.

This is a dream story.

Lois is jealous because Lana has taken her old job and also flirts constantly with Superman (because no one knows Superman and Lois are married).

"No. 3 of an Imaginary Series"

Jimmy finds an enlarging ray-gun and accidentally fires it through a turtle, striking himself, turning him into a giant turtle-man. When Jimmy begins to collect tons of steel objects, dumping them in an island volcano, Superman is called out to stop him. But Lori Lemaris tells Superman that an Atlantean criminal created the ray-gun and controlled Jimmy telepathically as part of a plan to protect pirate treasure buried on the volcanic island. Superman restores Jimmy with Brainiac's shrinking ray and recovers the pirate loot.

This issue includes an internal ad page, in addition to the usual advertisements on the inside and back covers.