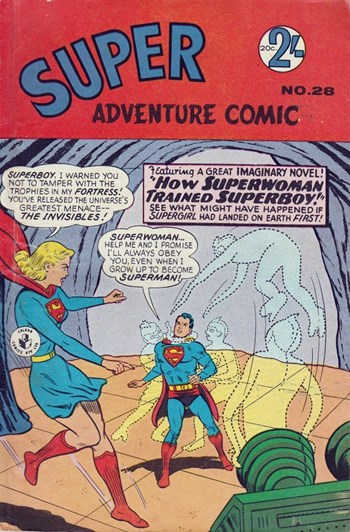 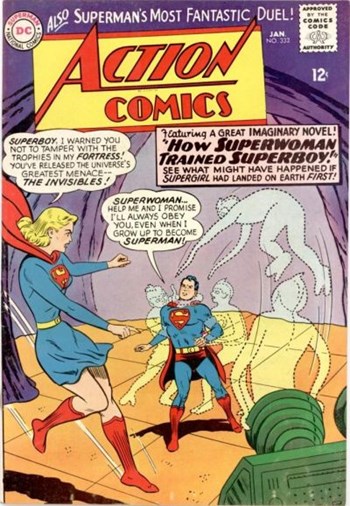 "Superboy, I warned you not to tamper with the trophies in my fortress! You've released the universe's greatest menace--the invisibles!" 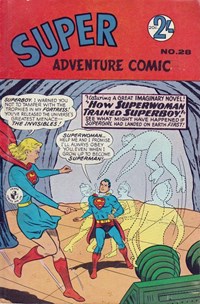 On Krypton, Zor-El discovers that the planet is doomed, and he and his family travel to Earth, where they gain super-powers. Not long after, Gold Kryptonite takes away the powers of Zor-El and Allura, and they train their young daughter Kara to grow into a super-heroine. Years later, after Zor-El and Allura die, Kara's cousin Kal-El arrives on Earth from Argo City, and she gives him a secret identity so that he can secretly train to use his new super-powers. 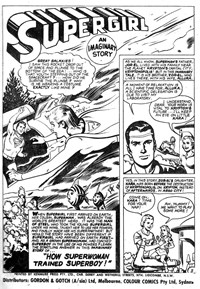 Lois and Lana take care of a Superbaby, thinking it's Superman turned into a toddler when his experiment went wrong, but he's really from a parallel world.

An alien android looks like Jimmy Olsen only is large and strong and two crooks plan to use him to kill Superman. 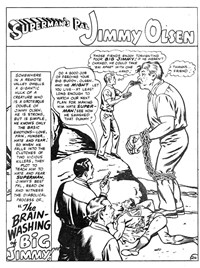 "This Dashsund I got for a present is real cute!"

5 The Duel Between Superwoman and Superboy (Supergirl) Comic story, 12 pages

In this imaginary tale, Superwoman tries to train Superboy as her secret weapon, but he turns against her.

Lois and Lana travel to the jungle to interview Dr. Adams, who has forsaken civilization. Lois becomes delirious from an insect bite and dreams that she takes his place as the village witch doctor when he is bitten by a snake. 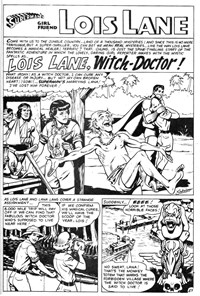 "Your visitor is here!"

Jimmy and Superman pretend to break up their friendship so Jimmy can get evidence on The Collector. 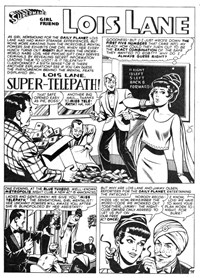 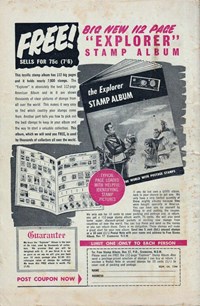