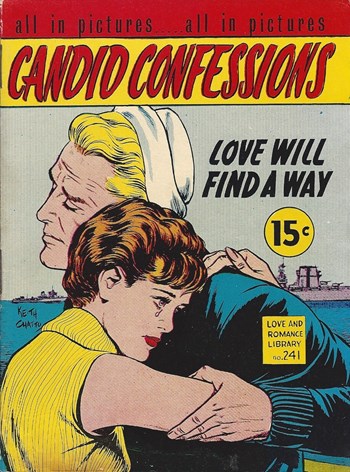 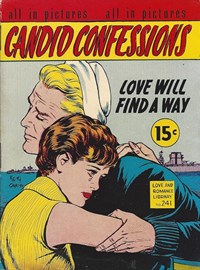 Bob is a lawyer who prides himself on knowing everything there is to know about women. He uses his 'expertise' with women to win cases for his clients. When he is given a case defending a doctor on a manslaughter charge, he is assigned a female assistant by the county medical association. He finds he is unable to figure her out and it is Kaye who ends up doing all the hard work to win the case.

Clive meets a beautiful girl in an art gallery. Katy later poses for him as Aphrodite. She shares his interest in art, but neither has had any success. Not wanting to hold back his career, she leaves town with a note asking him to think of her when he looks at "Aphrodite". Six months later, his refusal to sell "Aphrodite" has made him famous and successful, but it doesn't mean anything to him without Katy.

3 For the Love of Linda Comic story, 14 pages

Linda demonstrates household appliances on television and draws the attention of Jim. He has always wanted someone who would be like his mother... a real housewife. He thinks he has found the perfect housewife, but doesn't realize that the food on TV was cooked by a regular chef behind the studio and brought in prepared for Linda as props. Actually, Linda can't cook.