Popular Pictorial #16 The Challenge of Zorro 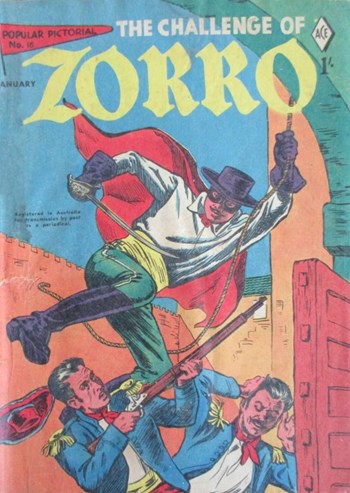 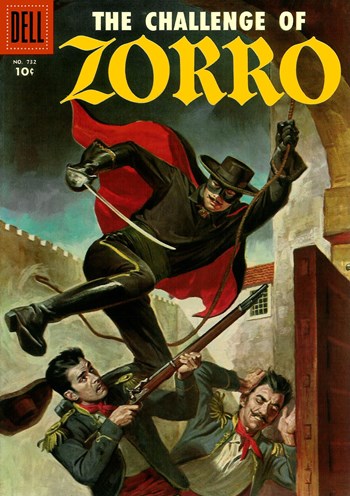 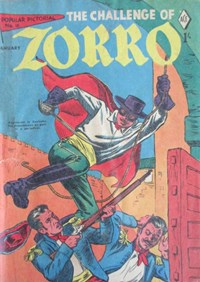 A mysterious woman, who bears a striking resemblence to the King of Spain, comes to Don Diego, claiming to be the secret twin sister of the King. She convinces Don Diego, accompanied by Bernardo and chaperoned by Diego's fiancé, Panchita, to sail with her to Spain, where the King is slowly dying. In Spain, Zorro must rescue the King from an intricate conspiracy to steal his throne.

This story has been extensively edited down from the original 32.67 pages.

Pencils, inks, and letters credits for this sequence from Alberto Becattini (May 14, 2007).

Zorro wears a red mask in the story.

The name of the lead character, Don Diego, was changed by the writer to Don Diego Vegas instead of the customary Don Diego Vegs as found in most issues.