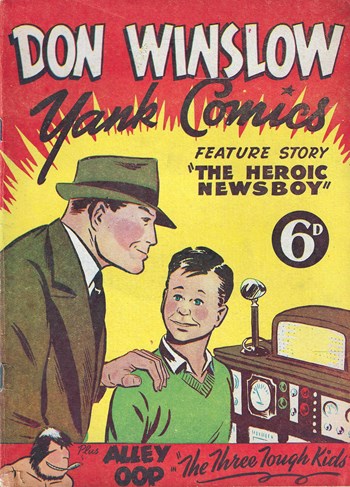 This cover has been drawn based on two panels on page 22 (strip 188-D) of 'The Heroic Newsboy' — a panel of the Scorpia radiophone, and the next panel with Winslow and Clem Peters. 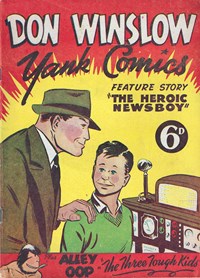 "Don, Red, Shozza and Scrub are flying back to Azure Lake Airport."

Don and Red fail to find Scrub's owner and return to Mike Splendor for a new assignment. Universal Security League advertises for a secretary and Blue Nose instructs Thorn-Apple to get the job as Flo Vicmar. Don has deliberately set a trap to get an agent of Scorpia to lead him to their headquarters at Bat's Cavern. Blue Nose sends Red Bomber to kidnap Thorn-Apple's mother as hostage and plot to control atomic power. Don engages newsboy Clem to shadow Flo, but she captures him. Don recovers Clem and captures Flo, but fearing for her mother she refuses to help Don find Bat's Cavern. Meanwhile, Red feels for Mother Vicmar and helps her escape. When she is recovered alive, Flo commits to helping Don find Bat's Cavern.

Strips reprinted include codes from about 78-D to about 211-D—only 108 out of these 134 strips are included. The story of Blue Nose and Thorn-Apple ran from October 1946 to January 1947. This reprint appears to start about a month prior to that story-line. These strips don't seem to have been published in Australian newspapers. 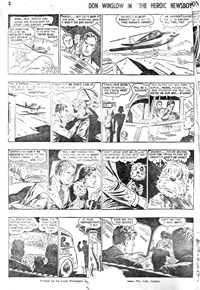 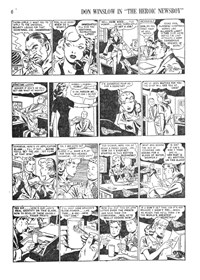 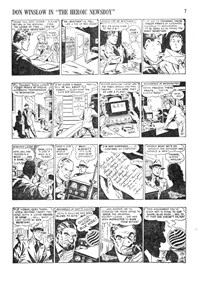 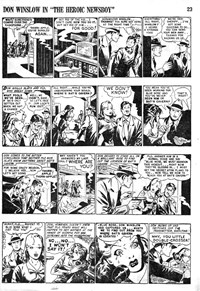 "The war is over, and the government of prehistoric Moo once more rests in the (capable?) hands of his majestic royal highness, King Guzzle."

Pleased the war with Lem is over, King Guzzle relaxes. Alley Oop searches for Foozy and Ooola shows Queen Umpateedle how to look beautiful like a 20th century woman. Meanwhile, Oop meets Foozy's three tough kids (who speak in rhyme like their father) and his wife Zel. While Oop and Foozy reminisce, the three kids get bored and go looking for trouble. They beat up a local kid and try to ride Oop's dinosaur. Oop saves them, just as a mob arrives in response to the kids' claims their father and Oop could 'whip our whole neighborhood'. Panicked by Oop's readiness to take them on, the men fight each other. Oop wins without any action. Ooola arrives and blames the brawl on Oop. 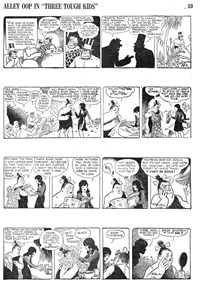 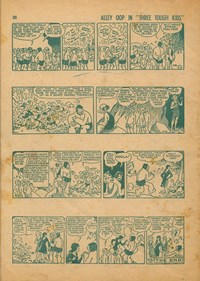