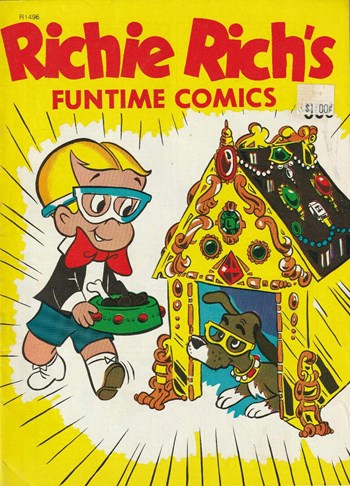 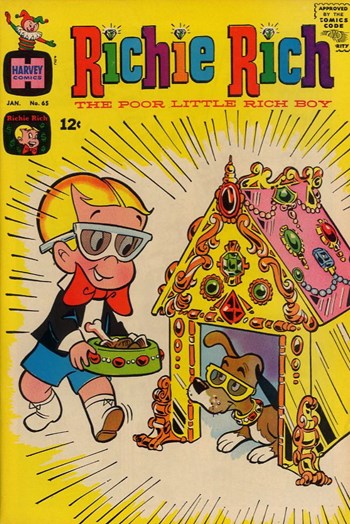 Richie brings a bejeweled bowl of food to a pet dog who is stting in a similarly gem-encrusted doghouse.

While multiple sources, including Overstreet, cite this issue as having Buck the Dog on the cover, there is no indication anywhere in the issue that the dog in this cover is named Buck. Buck, who appeared six months earlier in Richie Rich (1960 series) #59, was a Dollar-Mation dog with distinctive dollar signs covering his body. The dog on this cover has no such markings and bears little resemblance to Buck in any other way. 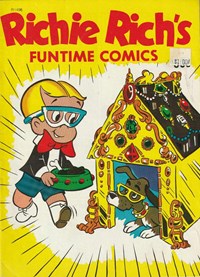 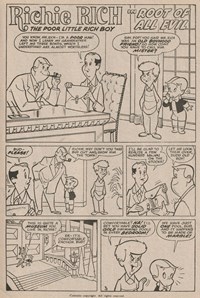