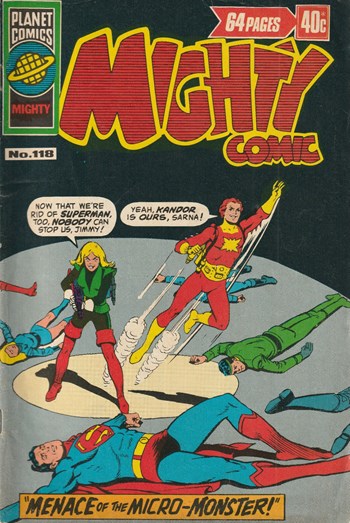 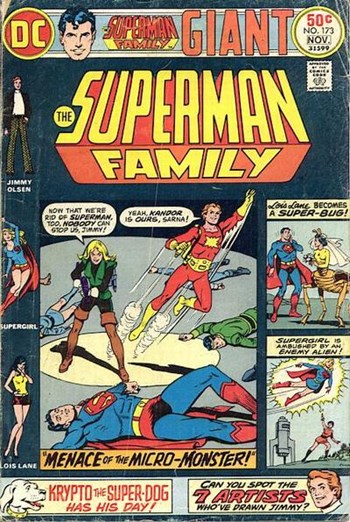 "Now that we're rid of Superman, too, nobody can stop us Jimmy!" 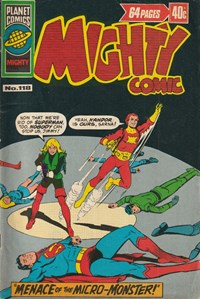 Jimmy visits Superman's Fortress of Solitude and accompanies him on a mission to Kandor to help Dev-Re, but they bring along an uninvited guest. Dev-Re, who has discovered Superman and Jimmy's dual identities as Nightwing and Flamebird, asks the pair to find his daughter Sarna, who has fallen in with a group of violent radicals. But the space-germ that followed them into the bottled city spreads a plague throughout Kandor, causing the populace to attack the heroes, which allows Sarna to knock out Jimmy. Jimmy tricks Sarna into using the explosives her group has amassed to blow off the top of the bottle, instantly making the Kandorians invulnerable and reversing the effects of the plague.

Jimmy and Corrigan try to find out why Corrigan's snitch Mickey Salter was killed.

Having finished work on Time Sphere II, Rip Hunter and Jeff Smith do a test run back to the mesozoic era. Meanwhile, in the present day, crooks force Bonnie Baxter and her brother Corky to take them to Rip and Jeff in Time Sphere I. Meeting in the past, the crooks have the drop on Rip and crew, until battling dinosaurs separate the good guys from the bad. But when the heroes get back to their Time Sphere, they find it's gone missing.

Introduction and origin of Rip Hunter.

When mob boss Mitch Korba gets out of prison he decides to show the mob how things were done in the old days by killing Jimmy Olsen.

Disguised Jimmy, (Magi), meets disguised Lucy, (Sandra), and they begin to fall for each other without disclosing their true identites. 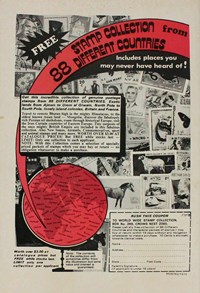