The Love That Was Mine 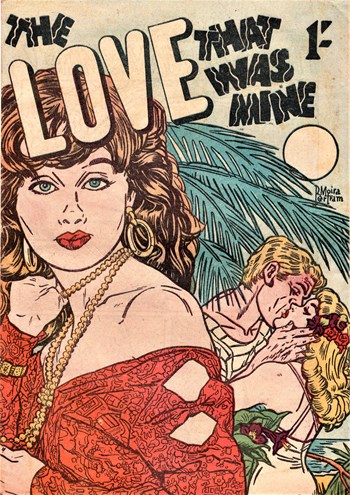 1 The Love That Was Mine! Comic story, 3 pages

Anita's lover Ricky regularly travels to San Dieago for his fishing job. Danny sows the seeds of doubt to Anita that Ricky has another girl. She takes a risky ocean trip to follow Danny and find out. When she arrives, she is shocked to see him in the arms of another girl. Linda's father is suspicious that Matt is dating Linda to get get access to him as a judge. When wealthy, handsome Kirk Folliard returns to town, Matt confirms the suspicions with a scheme centred on Kirk. While in hospital, handsome young TV director Edward Lane falls for nurse Lucy. Despite her boyfriend Dr Larry Todd, Lucy is confused and finds herself responding. 4 How to Set Pin Curls (Glamorize Yourself) Text article, 2 pages "In late January 1888 two young people gazed sadly into the river Pasig which flows through the hert of Manila."

In 1888, Rizal departs the Philippines to argue in Europe for the liberty of his country. Rizal and Leonor promise to write, but letters never arrive. In Belgium, Suzanne Jacoby also falls in love with Rizal and urges him to stay for his safety. His friend and publisher, Dr Maximo Viola sends a copy of Rizal's second book to the Governor in Manila. He also passes on news that Leonor may soon be married to an Englishman. Rizal decides to return to the Philippines, warned by his friends and admirers that he returns to death. Rizal finds Leonor married (to Charles Kipping). Leonor's mother admits to destroying the letters between her daughter and Rizal. He is soon arrested and shot as a traitor on 30 December 1896. the Philippinos soon rise in rebellion against the Spaniards, who surrendered on 10 December 1898. Leonor fell ill and died soon after.

'M. Clara' is a pseudonym. María Clara de los Santos is the heroine in 'Noli Me Tángere', a novel by José Rizal. Her name and character have become symbolic for traditional feminine ideal in Filipino culture. A final caption in the story compares the love story of Leonor Rivera to that of Juliet Capulet (Romeo and Juliet). 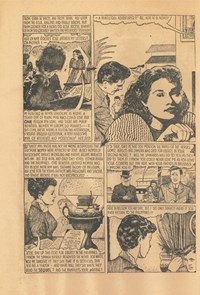