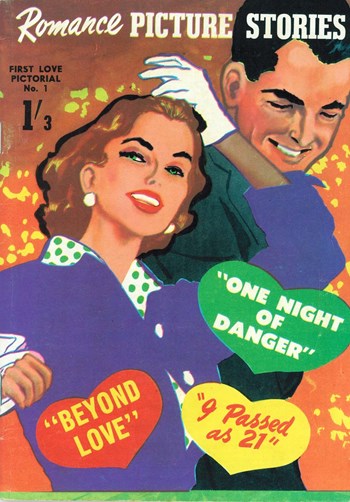 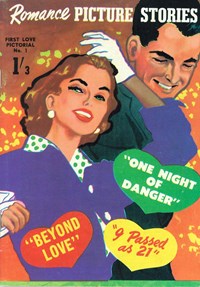 The address for this advertisement was used by Magazine Management. 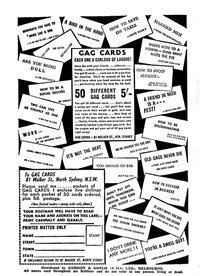 Pat liked Johnny Blaine but was not ready to go steady... especially when Mike Morse offered to drive her home in his new car. She thrived on that attention and Johnny was the jealous type, so Pat used that as an excuse when Mike called and she accepted his invitation to the dance. After the dance, they drove off to be alone and kissed. While Pat was excited by what was happening, she asked Mike to stop, and that threw him into a rage. Starting the engine and roaring off, he drove wildly hitting a man walking by the side of the road. Pat screamed for him to stop, but Mike kept going, and when he got home he told her to keep her mouth shut. Unable to think, she told Johnny what had happened, and he told her she had to turn herself in. Outside of the court house, Johnny told Pat how brave she had been. In reply, she said that she doesn't deserve his love, but will cherish it if offered.

Based on
Unknown
First print

The original printing has two pages of "Hi-School Hi-Spots" together. This is only the first page.

It is possible this is a renamed version of the story "Beyond Passion" from First Love Illustrated (Harvey, 1949 series) #24 (January 1953).

"It's a Fad! Man-tailored clothes are all the rage!"

"The marriage certificate for a Javanese couple…" 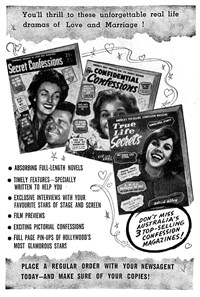