Jungle Jim (Page Publications Pty. Ltd., 1965 series) has been grouped as part of a series of titles with related contents.

Jungle Jim began as a newspaper strip in 1934. A 12-part movie serial by Universal Pictures was released and shown in Australian cinemas in 1937. From 1948 to 1955, Columbia Pictures produced a series of 16 Jungle Jim movies starring Johnny Weissmuller. The first film, Jungle Jim, (1948) was released in Australia in September 1949; followed quickly by the second, The Lost Tribe (1949) in December 1949. Episode 4, Captive Girl (1950), was released September 1950; episode 5, Pygmy Island (1950) in May 1951; episode 6, Fury of the Congo, (1951) in September 1951; episode 7, Jungle Manhunt (1951), February 1952; and episode 8, The Forbidden Land (1952) in July 1952—indicating the series was regularly shown and probably popular in this country. This series appears to be based on the Dell comics, while the newspaper strips were reprinted in Chucklers Weekly around the same time. 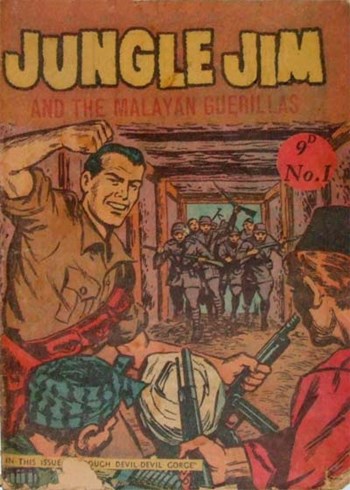 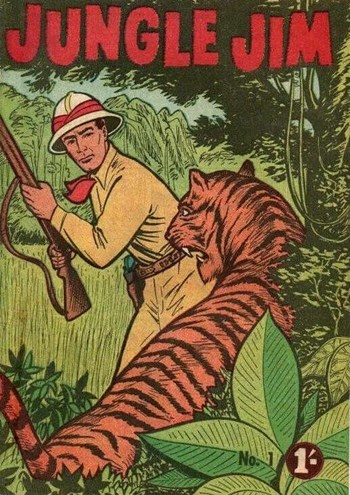 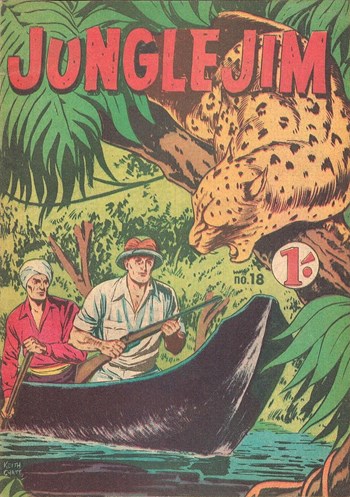 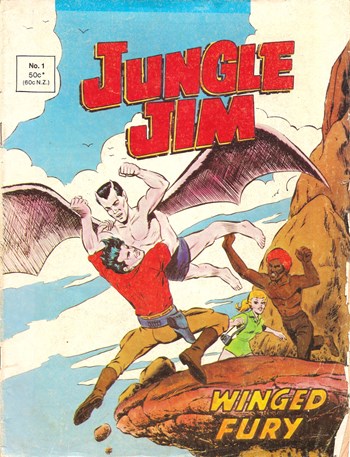