Bluey and Curley ("Truth" and "Sportsman" Limited, 1942? series) has been grouped as part of a series of titles with related contents.

Alex Gurney created the popular Bluey and Curley strip for the magazine Picture-News in 1940. After his death, the strip was drawn by Norman Rice 1955–56 and then Les Dixon 1957 -1975.

The National Library of Australia reports that the different state editions have the same cover but different contents.

The order of issues in this series is unknown.

The order of issues for this title is unknown. This series reprints newspaper strips. 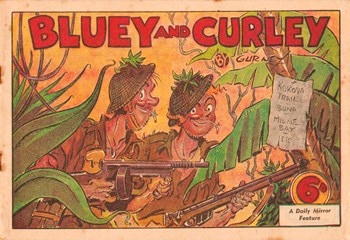 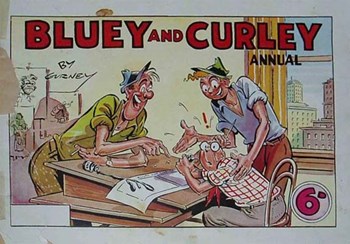