Pranks, the Children's Newspaper ran in the Sunday Times. Four pages of comics were printed in three colours, riddles, jokes, drawings and short stories in black and white. John Ryan reports that as early as 1923, the Sunday Times printed extra copies of its comic sections and sold them on the newsstands, initially for a penny-halfpenny.The final newspaper issue of Pranks with 2d pricing was 4 April 1926, wich is possibly the final issue distributed separately on newsstands. (Newspaper editions are available at trove.nla.gov.au.) 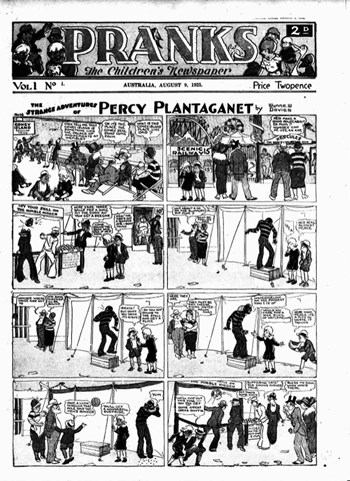